BURANK, Calif. (Aug. 13, 2020) – This holiday season, Disney+ invites LEGO and Star Wars fans to Chewbacca’s homeworld of Kashyyyk for a Wookiee-sized celebration of the galaxy’s most cheerful and magical holiday, Life Day, in the LEGO Star Wars Holiday Special, premiering exclusively on the service on Tuesday, November 17.


“The LEGO Star Wars Holiday Special” reunites Rey, Finn, Poe, Chewie, Rose and the droids for a joyous feast on Life Day, a holiday first introduced in the 1978 “Star Wars Holiday Special.” The new LEGO special is the first to debut on Disney+ and will continue the rich legacy of collaboration between Lucasfilm and LEGO—playful adventures told in the endearingly irreverent way that only LEGO Star Wars cobranded content can.

Directly following the events of “Star Wars: The Rise of Skywalker,” Rey leaves her friends to prepare for Life Day as she sets off on a new adventure with BB-8 to gain a deeper knowledge of the Force. At a mysterious Jedi Temple, she is hurled into a cross-timeline adventure through beloved moments in Star Wars cinematic history, coming into contact with Luke Skywalker, Darth Vader, Yoda, Obi-Wan and other iconic heroes and villains from all nine Skywalker saga films. But will she make it back in time for the Life Day feast and learn the true meaning of holiday spirit?

So ... about the Mandalorian.

I wish I'd seen "that cameo" at the end of series 2 unspoiled. Lot of talk about it, and it about half worked, after a successfully tense episode.

But I've heard nobody talk about two deeply weird Special Edition jokes in the post-credits scene.

The few Tweets I've found about it say that Favreau has been trying to do this for awhile.

His motivations, to me, are unknown.

Okay, there are a few Tweets about the line, but nothing about a minor character reappearance, that I've noticed.
Support Me at Patreon! Art Gallery Facebook Tumblr TygerbugGarrett@Twitter Ocpmovie@Youtube
Top

With the minor character, do you mean the danser in the back of the room, with the spikey hair?

I was waiting for something to happen with the trap door, as both characters where standing on it.

As for the cameo, it worked mostly, apart from the two closeups. Those could use some work if Disney is willing to spend extra time on it.
Top

I've seen a deepfake on Youtube which was an improvement.
Support Me at Patreon! Art Gallery Facebook Tumblr TygerbugGarrett@Twitter Ocpmovie@Youtube
Top

Hey Garrett. Do you have the return to Ewok full film? Trying to find the best quality and looks like you had but link got deleted.
Top

My version of Return of the Ewok is here.
https://archive.org/details/@ocpmovie 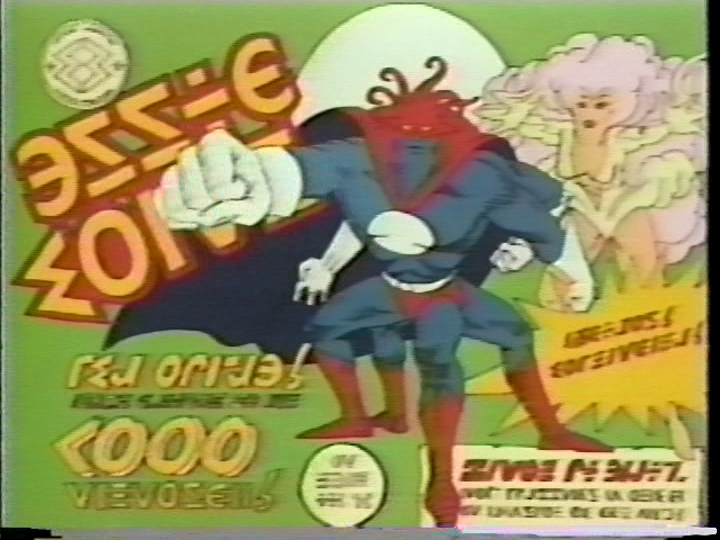 In a shocking twist, Disney+ is including on their streaming service the remastered animated sequence from the infamous Star Wars Holiday Special!

AKA The Faithful Wookiee. A Nelvana classic.

(This previously appeared on the Star Wars Saga Blu-Ray, in a different edit than seen on Disney+. It's odd that they pulled it from videotape rather than from the HD 35mm film, which Lucas kept, because he keeps everything.)

There is a very good EditDroid DVD of the full special, which is unlikely to come to Disney+.

There's an unaired version of the Nelvana Star Wars Holiday Special cartoon which includes a bizarre fake commercial in place of the commercial break. It depicts an eight-legged alien superhero and his female partner.

Its audio runs in reverse, but seems to be the audio from a real 1978 Ontario Hydro commercial which Nelvana may also have animated. "Wasting electricity turns people ... off!" There are a few references to it online but I've never seen the original (non Star Wars) advert. (Although it might have been a radio ad.)

The March 1978 campaign was discussed in Parliament. It was apparently three different types of ads, including live action light bulbs, a Nelvana-animated ad and a performance by faux-robotic mimes Shields and Yarnell (viewable at The Paley Center).