My popular 2005-09 documentary Star Wars: Deleted Magic has gone viral again, thanks to Gizmodo and other sites, so here's a quick thread about it. 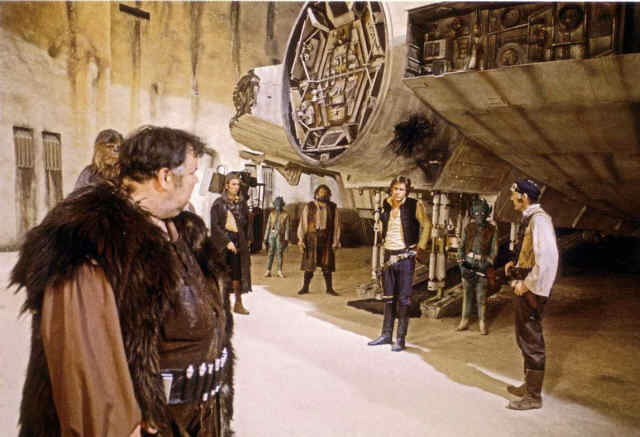 Deleted scenes. Alternate footage. A look behind the scenes at what didn't make it to the final cut of the Star Wars trilogy. (Edited in 2005, and revisited in 2009.)

"Deleted Magic" is a feature-length documentary about the deleted scenes of the Star Wars trilogy, and about how the movies we know and love were made and edited together. It is taken from information, sources and home videos officially released by Lucasfilm. This project is not an official Lucasfilm project - it is an unofficial, not-for-profit research project, done in the spirit of fun by a Star Wars fan to be both informative and entertaining.

The idea is to combine all sorts of alternate, deleted and making-of footage into a full-length film that gives a better view of how the film we know as Star Wars was edited together. In addition to deleted scenes like the Biggs Darklighter material, you'll get a sense of the "Lost Cuts" of the films ... the longer edits that didn't have finished voices or effects.

A bunch of major sites have mentioned the documentary today:

Return of the Ewok is a 1982 mockumentary short, written, produced and directed by David Tomblin, starring Warwick Davis as himself in a fictionalized account of how he got the role of Wicket W. Warrick in Star Wars Episode VI: Return of the Jedi.

[2005 restoration by Garrett Gilchrist, from a cam bootleg provided by SKot Kirkwood.]

The film was created during production of Return of the Jedi, on which Tomblin worked as first assistant director, and as second unit director, filming Ewok battle scenes. "The film is a curiosity, half-documentary about the making of Jedi, half-fairy tale about a little boy who becomes an Ewok. He thinks he's the only Ewok in the world, but evenutally finds there are others," Tomblin said in a 1984 interview. One potential use of the film mooted at the time of filming was to use it as a promotional film for Return of the Jedi. However, post-production on Return of the Ewok was never completed, and it has never been officially released.

The film is set in both the "real world" and the fictional locations of the Star Wars universe. Real world locations include Chelsea Football Club's stadium Stamford Bridge, Heathrow Airport and Elstree Studios and the actors' dressing rooms there. Fictional locations include Dagobah, the Death Star II, Jabba's Palace, and Endor. Throughout the film, these two realities are intermixed to produce an alternate reality.

Return of the Ewok focuses on the fictional account of Davis' decision to become an actor and act as Wicket in Return of the Jedi (notably, however, Davis refers to the film as Revenge of the Jedi, its temporary pre-release title). It also follows his transformation into Wicket. As Warwick and as Wicket, he visits and interacts with many of the cast and crew of the movie and then characters of the movie. As Warwick, he goes to Elstree Studios where he interacts with the cast, both in and out of character. At one point, he even interacts with Luke Skywalker as he jumps out of a movie screen. As Wicket, he goes to Dagobah to see Yoda, and the Death Star to see Darth Vader, and is chased by Boba Fett.

Filming took place during the production of Return of the Jedi, including at lunchtimes and on weekends. "At lunch times, I would rush around and try and shoot pieces for it," Tomblin said. George Lucas financed the film, though costs were limited to expenses such as film stock. "Everyone contributed their time and talent for absolutely nothing," Tomblin said.

I reposted my 2005 documentary Star Wars: Deleted Magic. It went viral this morning and now my Vimeo account has already been taken down, with all its videos. The same thing happened to my Youtube account and its hundreds of videos a few years back. Thanks, Lucasfilm. I'm currently appealing the decision.
Support Me at Patreon! Art Gallery Facebook Tumblr TygerbugGarrett@Twitter Ocpmovie@Youtube
Top

I love this documentary. It is what first introduced me to fan editing, and did so much to expose me to deleted scenes and the like which I thought might never see the light of day. I have both the original and Revisited. Even though Jambe Davdar created a similar documentary in Star Wars Begins, it sits as a companion, not a replacement to Deleted Magic for me. Thanks for this amazing project!

I have a question: on the original you include a version of the opening crawl. The file is entitled SEPreviewCrawl. Was this ever intended to be a real crawl, or was it fan created?
Top

Thanks! It's hard to post it online because it keeps getting taken down -- along with the entire account!

As I recall, that would have been a recreation of an early intended crawl for the film, probably based on a photograph. I'd have to see it again to know. The scripts have completely different crawls, and there are photographs of an early crawl as well (which incorporated the words "Star Wars" and some different text).
Support Me at Patreon! Art Gallery Facebook Tumblr TygerbugGarrett@Twitter Ocpmovie@Youtube
Top

I have uploaded the crawl here:

Your statement prompted further investigation and I came across this picture: 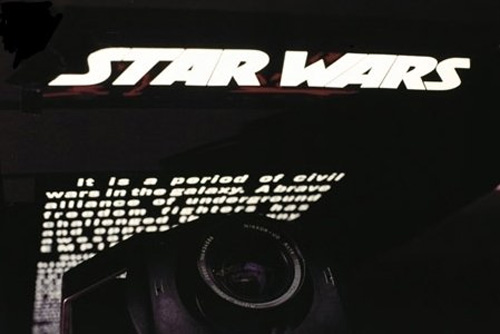 And this link agrees with your take.

So I suppose the video you included was just someone else's effort to recreate a crawl that George apparently had made himself. Thanks for the answer. :)
Top

Actually, now that I'm thinking about it, have you ever considered reworking this project from scratch? I know it'd be a lot of work, but there are so many sources not available when you first did it. There are even obscure clips in documentaries from the BDs, not official deleted scenes, but still unused in the final production. I've been seeking out all the obscure stuff I can find, but I'm not talented at editing videos, because I'd love to do a project like this. Perhaps one day I'll do it, but I thought I should at least suggest it to you, as you clearly are very proficient at it. In any case, I do wish you the best in your endeavors because I really respect what you've done. :)
Top

I've seen a LOT of deleted-scene footage from the films which wasn't around when I made Deleted Magic. There's the Rinzler Ebooks and the Blu-Rays, which were full of stuff, but also there's a certain droid's page on Facebook which has been sharing all sorts of footage from somewhere. I have to remember to save all those videos! [EDIT: I've saved them.]

I've moved on from Star Wars ... It's hard for me to get too interested in the franchise these days anyway. Deleted Magic was sort of a last hurrah, and I'm told by many people that it helped them reconnect with what they loved about the franchise in the first place.

I try not to get into any "fandom" too deeply. Fans can be problematic. When I get in too deep, as with the Doctor Who animation project I did, I see a lot of good people but also a couple of people that spoil the whole thing - people I'd be happy never to hear from again ...
Support Me at Patreon! Art Gallery Facebook Tumblr TygerbugGarrett@Twitter Ocpmovie@Youtube
Top

I wish the actual movie would have been that colored ! :)
Top

Actually, I've quietly been a fan of yours for some time. I remember when I went on YouTube in something like 2007 or 2008 and typed in "Star Wars deleted scenes." Some dude had ripped off your work, calling his clips "Abandoned Magic." But it led me to email you, and you personally sent me a copy of "Deleted Magic." A few years later I learned of Jamie Benning's (a.k.a. Jambe Davdar) work on "Building Empire," "Returning to Jedi," and "Star Wars Begins." I in fact credit you for my renewed interest in Star Wars, which had waned as the Expanded Universe ruined everything for me, not to mention the sub-par prequels. Thank you for your work. I truly am grateful.

It was coincidence that allowed me to find this site, as I am also a fan of "Little Shop of Horrors" and have been keeping an eye on that thread. But it's nice to read how you're doing.

Before getting too sentimental, I'll just thank you again for your work and wish you well in all your ongoing endeavors.
Top
Post Reply
111 posts